Transparent bodies, in which at least one surface is curved, are called lenses. Most often there are lenses that are symmetrical about the optical axis. Optical features of the lens depend on the radius and type of curvature.

In convex, or collecting, lenses, the middle is thicker than the edges. A parallel beam of light, such as a sunbeam, falls on a convex lens. The lens collects a beam of light at the focus of F. The distance from the middle plane to the focus is called the focal length of the lens f. The shorter it is, the greater the optical power of the lens. This force is measured in diopters.

Take a lens with a focal length of 0.5 meters. Then the optical power of the lens is equal to one divided by the focal length: 1 / 0.5 m = 2 diopters. 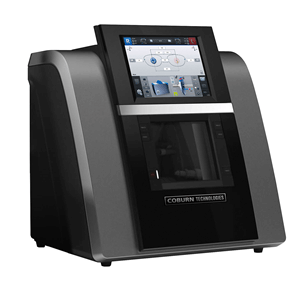 Concave or diffuse lens edger are those lenses whose edge thickness is greater than the thickness in the middle.

In this case, a parallel beam of light will scatter. At the same time it will seem that the beam of light comes from a single point, which is called an imaginary focus. The focal length in this case will be negative and, accordingly, the optical power of the scattering lens will also be negative.

If we want to get a more accurate image, then, knowing the length of the focus, we can build this image. For this we need three rays.

A beam propagating parallel to the optical axis, refracted in the lens and passing through the focus, is called a parallel beam.

The beam passing through the center of the lens is called the main beam. He is not refracted.

The beam that passes in front of the lens through the focus and then spreads parallel to the optical axis is called the focus beam. At the point where all three rays intersect, there will be the clearest image.

Image formation, the size of which corresponds to the object

If we bring the subject closer to the focus, we will get an enlarged image that is at a great distance on the other side of the lens.

If the subject is right in focus or even closer to the lens, then we get a fuzzy image.